Agostino Bonalumi (July 10, 1935, Vimercate – September 18, 2013, Milan) was an Italian painter, draughtsman and sculptor. Bonalumi studied technical and mechanical drawing, and exhibited his first works at the “Premio Nazionale Città di Vimercate” (hors concours) in 1948, when he was just thirteen years old. After studies, Bonulami joined the group of young artists from Milan, in which he met, for example, Lucio Fontana. During that time, he was attending the studio of Enrico Baj.

He held his first solo show at the Galleria Totti, Milan, in 1956. In 1958 he began working with Enrico Castellani and Piero Manzoni, holding a group exhibition at the Galleria Pater in Milan, which was followed by further shows in Rome, Milan and Lausanne, the foundation of Azimuth magazine and his participation in exhibitions at the Azimut gallery. In 1959 he held his first solo show outside Italy in Rotterdam. In 1960 he was one of the founders of the international Nouvelle École Européenne (NEE) movement in Lausanne and his solo exhibition “Agostino Bonalumi. Recent Paintings, Sculptures and Drawings” opened at the New Vision Centre Gallery in London. Arturo Schwarz began collecting his works and, in February 1965, organised a Bonalumi exhibition in his gallery in Milan. He also had assiduous contacts and links with the international Zero movement (both in the Netherlands and Germany), documented by major exhibitions such as “Zero” in London, 1964, and the touring exhibition “ZERO Avantgarde”, which began in Lucio Fontana’s studio in Milan in 1965.

He started developing the idea of what he would call “pittura – oggetto” (painting-object), following the idea to go beyond the canvas started by their mentor Lucio Fontana. He was also following the special technique invented by Manzoni, Castellani and Bonalumi, who were using monochrome canvases (often totally white) and various methods to create light and shadow effects. Piero Manzoni chose kaolin and cotton as his favorite materials, while Enrico Castellani and Bonalumi were studying and analyzing different kinds of methods to create this special effect, for example, Castellani was scratching canvases with nails while Bonalumi was inserting pieces of wood and metal into canvases. The work of Augustine Bonalumi is considered by many critics as extremely imaginative and exceptional in creating new games of lights and shadows. For instance, during seventies and eighties, Bonalumi was using various sources of light to create a disorienting effect.

In 1966 he was invited to take part in the 33rd Venice Biennale, where he exhibited a selection of his works in the same room as Paolo Scheggi, while in 1970 he had his own personal room at the 35th Venice Biennale (and a feature written on him in the catalogue by Luciano Caramel), in which he also installed some large environmental sculptures. He was also invited to the São Paulo Biennial (1966) and the Biennial of Young Artists in Paris (1968) and the Museum of Art in Fort Lauderdale (FL) in 1981.

In 1980, the Regione Lombardia sponsored an exhibition in the Palazzo Te, Mantua, curated by Flavio Caroli and Gillo Dorfles: an extensive review that illustrated his entire artistic career. In 2002 he presented the '' environment work" at the Guggenheim Museum in Venice. All works of Bonalumi are sought by collectors from all around the world and they are constantly displayed at the most prestigious art auctions such as "Italian Sales" in London.

Last but not least, Bonalumi was also a poet. He published six books between 2000 and 2010 with his poems. 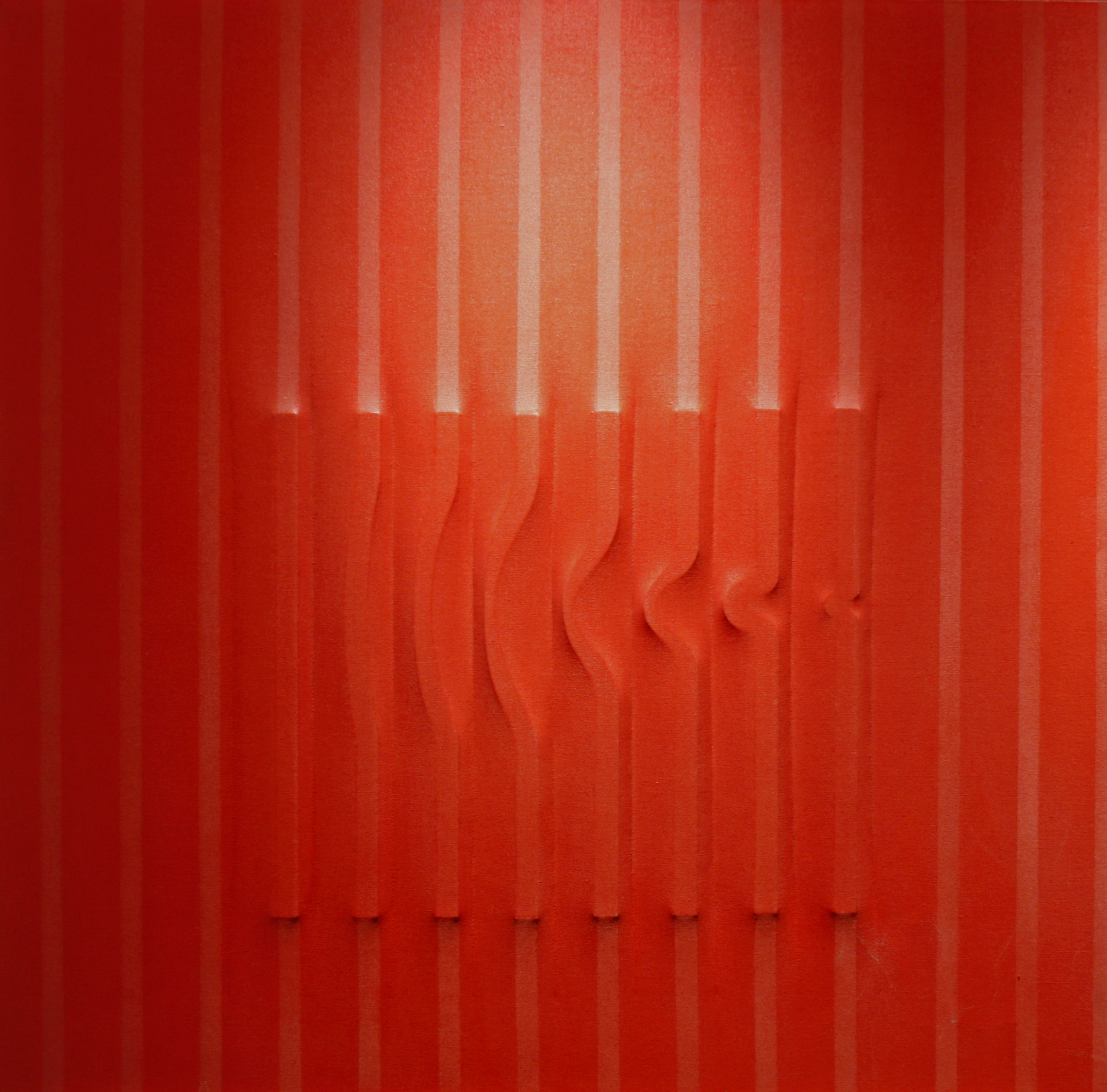