He was born in Rome to a noble family, and graduated there in law. In 1923–1924 he studied painting under Felice Carena and in 1927 he moved to Paris, France (a city he would visit several times during his life), together with Fausto Pirandello.

In 1930 he took part to the XXVII Biennale di Venezia; starting from 1932 Capogrossi also participated in numerous collective exhibitions in Rome, Venice and Milan, as well as Paris, usually as a member of the so-called "Scuola romana" ("Roman school"). In 1933 he signed, with Emanuele Cavalli and others, the "Manifesto del Primordialismo Plastico" and in 1935 he took part in the at San Francisco "Exhibition of Contemporary Italian Painting".

In the years following World War II, Capogrossi moved to a more abstract style. He subsequently became of the main exponents of Italian informal art, together with Lucio Fontana and Alberto Burri. Capogrossi participated to the Premio Bergamo in 1939, 1940 and 1942, and to foreign exhibitions such as the documenta of Kassel, Germany, and the São Paulo Art Biennial in Brazil.

In 1950 he was one of the founders of the Gruppo Origine, with Mario Ballocco, Alberto Burri and Ettore Colla. Capogrossi died in Rome in 1972.

In 2012, Capogrossi was the subject of a retrospective by the Peggy Guggenheim Collection. 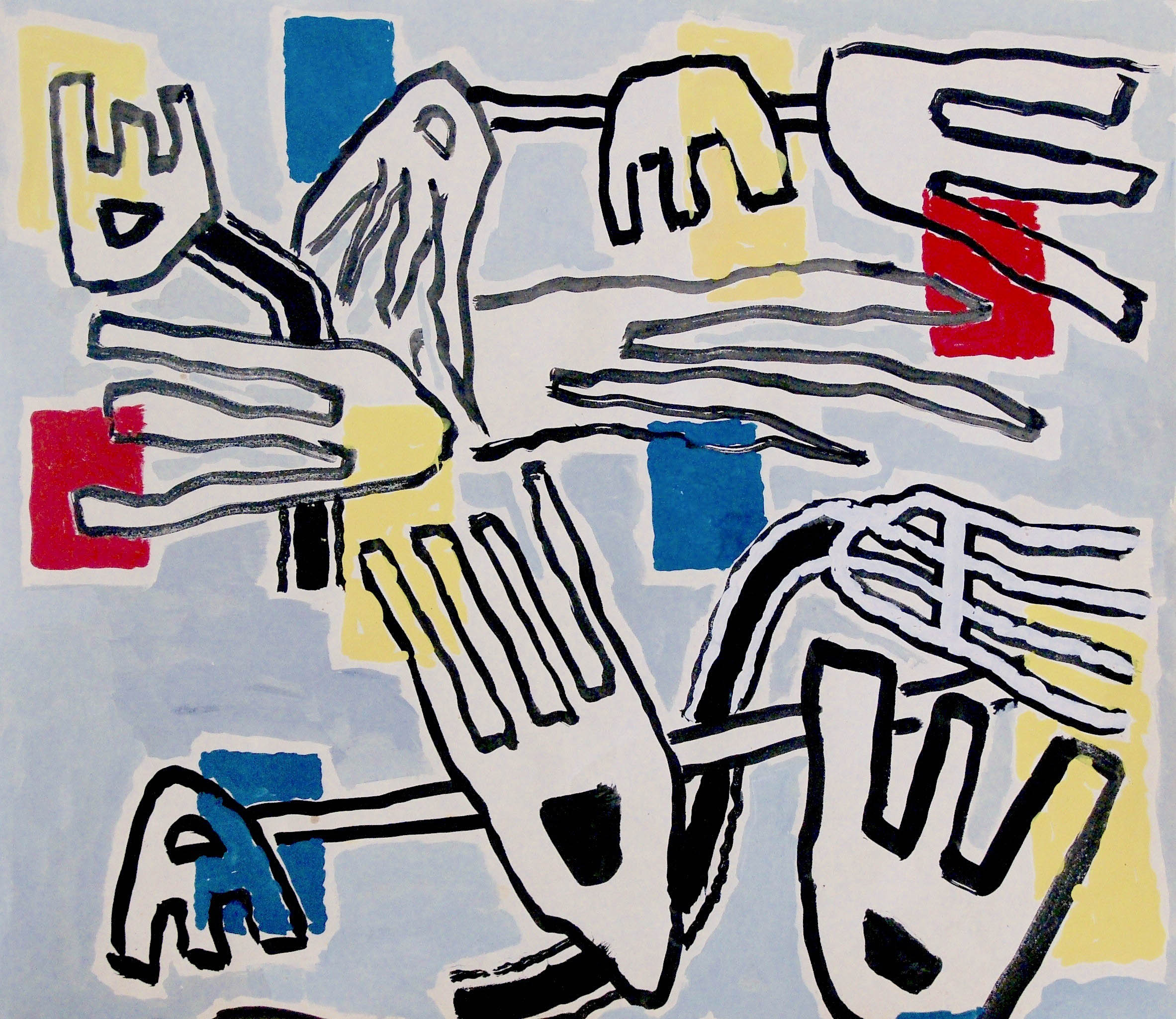