Roberto Crippa (1921 - 1972), Italian painter and sculptor. Born at Monza, Milan. Studied at the Brera Academy, Milan, under Carpi and Carrà. First one-man exhibition at the Galleria Bergamini, Milan, 1947. After a brief period of geometrical abstraction, collaborated with Fontana in the Spazialismo movement; friendship also with Dova, Peverelli, Donati and was one of those who signed the Spazialismo manifestos of 1950-3. Pioneered action painting in Italy with his calligraphic spiral paintings 1949-52. Partly through contacts with the Surrealists Lam, Matta and Brauner, turned in the mid 1950s to painting totem-like personages, and from 1956 also made cast iron sculptures of these. Began in 1958 to make collage-reliefs incorporating wood, newspaper, etc. and sometimes evoking imaginary landscapes or figures; his later collage-paintings tended to become more brilliant in colour. A champion at aerial acrobatics, he was killed in a plane crash at Bresso, Milan. 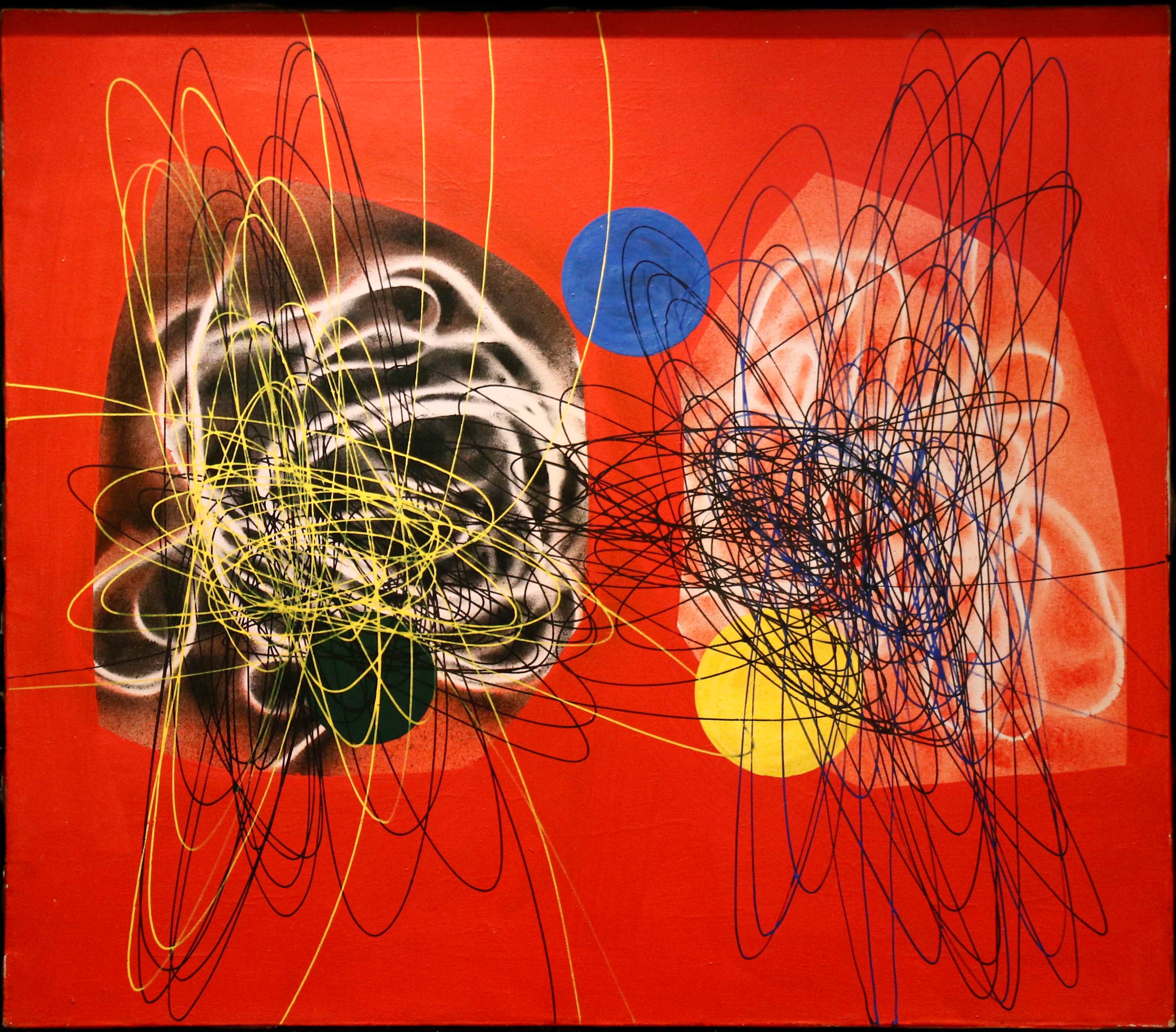