The Gallery "Il Castello" was founded in 1964 in via Ciovasso in Milan, and since that time it has been exhibiting the artworks of the most important Italian and non-Italian artists of the 20th century.

Il Castello with over 50 years of tradition is located in the Brera district, which is the artistic heart of Milan, as once it was populated mainly by artists and bohemians. 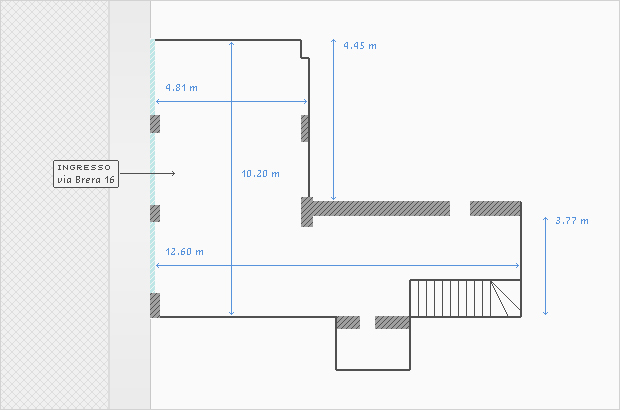 Download the floor plan and the main room draft